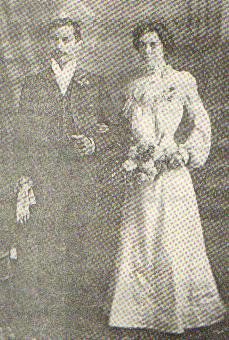 Tenth Child of ALLAN and MARY.

They had three daughters,

Henry, or Harry as he was known, had a checkered life. For a number of years he had a team of twelve horses, carrying wool and wheat to the rail at Kelly's Gully, as Warialda Rail was known in those days. He also owned the Somerton Hotel for several years and for a time, with his brother David, ran a picture theatre in Armidale.

He moved to Newcastle where he joined the railway working as a fettler. Whilst in this job he was chipped one day for his work rate and when he asked why, as he was doing more than most, was told that was the problem; "he had better slow down or he would lose his job".

The call of the bush though was always very strong and he was always going back, doing droving, station work or anything else associated with the land. He worked for a time on "The Plantation", Boomi, for his nephew Jim during World War 2.