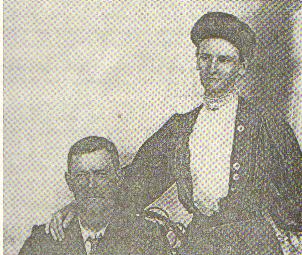 Ninth Child of ALLAN and MARY.

Ninth child of Allan and Mary, Alan was the sixth son in the family and was born at Aberdeen N.S.W. on 8 Mar, 1872. He married Ada Taylor.

Allan took up a selection between Pallamallawa and Warialda and it became known as Croydon where he was a successful farmer. He was to remain here until after the death of Ada on 9 Mar, 1911 and his remarriage to Daisy Butler when he sold out and went to Sydney to live. However the call of the bush was too strong and he returned to Moree where he built his home alongside McElhone's Moree Hotel. The home was well known in the town for the fact that he built a high galvanised iron fence around it to prevent the boys from seeing and talking to his daughters.

He then bought the property "Yannery" in the North Star area and then in succession sold and bought several others moving back closer to Pallamallawa, finally settling on 'Lyndon'. At this stage Daisy had done enough moving and refused to go any further.

After being rejected for medical reasons from serving his country in World War 1, he spent quite a bit of time and money entertaining those from the Moree district who were accepted. He evidently was one of those people who liked to be seen doing things for others and did help many in a number of ways. He and Ada had a family of five children, the youngest being born just two months before his mother's death. They were

A year later he married Daisy Butler and they also had five children; 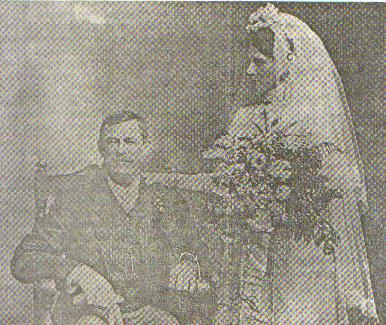